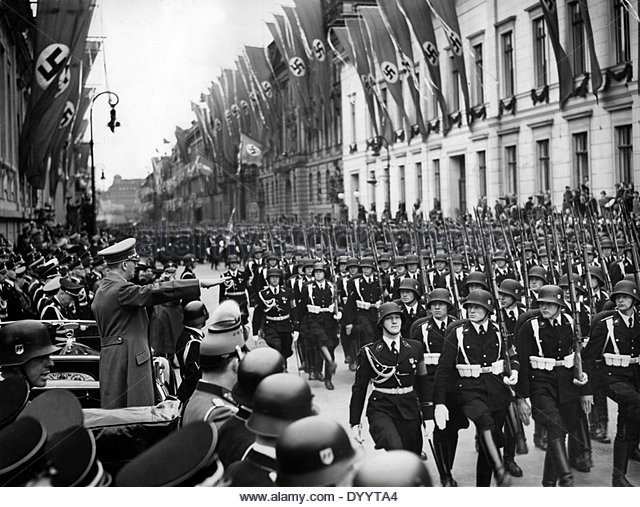 Adolf Hitler saluting his favored Leibstandarte Adolf Hitler Regiment as they march in a military parade.

The Waffen SS took part in every single large scale military campaign that the German Reich undertook. Their largest contributions were in Russia and defending the West from the Allied invasion at which point they would have their own Panzers and panzergrenadier divisions. Waffen SS Divisions made up the "tip of the spear" in operation Barbarossa and other military campaigns as well as being some of the last divisions to retreat in the face of a counter offensive. The Waffen SS were consistently called upon by various commanding officers for aid in fronts that were in a deadlock or were being pushed back. Their mobile nature and elite training made them a force feared and hated by most of their enemies. Their most “heroic” deeds would in the defense of Germany once the allies had retaken France and Italy capitulated and the Russians had pushed through Poland.