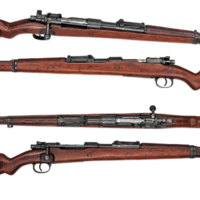 The standard issue bolt action rifle of the Waffen SS. 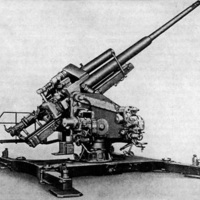 One of the larger anti-air weapons used in the defence of Germany against Allied air raids. 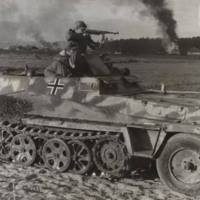 The Half-Track was an integral part of the Waffen SS due to the majority of these divisions being mechanized and therefore making extensive use of these vehicles on both the Eastern and Western Fronts. These were the only divisions that were able to keep up with the elite panzer divisions during various offensives throughout the war. 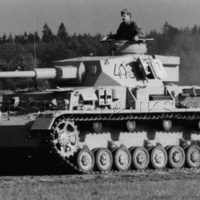 The Panzer 4 was the mainstay battle tank of the Third Reich's armed forces in World War II. The Waffen SS would be given the honor to convert multiple divisions into the elite panzer divisions along with most being given a detachment of the panzergrenadier troops to support them.

The Waffen SS would be armed for their role as an elite shock assault unit. This would mean that they were a completely motorized force with the standard karabiner 98k, half-tracks, machine guns, mp40s, and so on. However, the fact that they were a completely motorized division was unique to the Waffen SS due to the majority of the Wehrmacht either being foot soldiers or using horses for transportation. The Waffen SS were granted the heavy artillery that was taken from the Czechs along with eventually being granted priority rearmament and reinforcement by certain factories along eastern Germany and eventually in Poland. Eventually the Waffen SS reorganized multiple divisions into the elite panzer divisions as well as panzergrenadiers (shock troops that were considered to be the elite within the Waffen SS) and received the privilege to test out multiple prototype weapons as well as be the some of the top priority divisions for reinforcement and resupply.