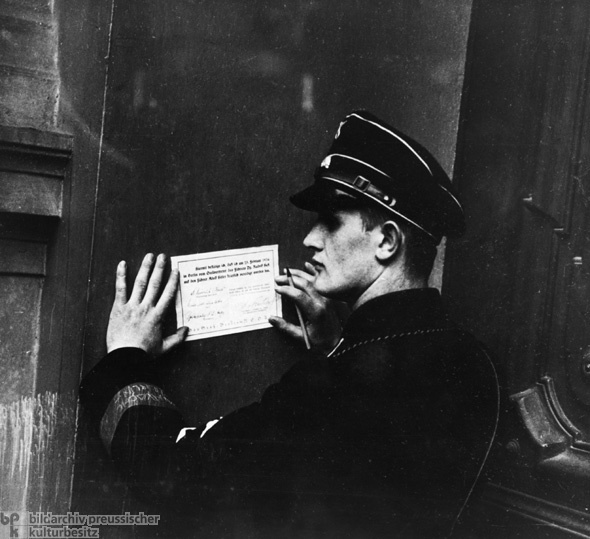 Just as important as the physical training, Himmler ensured the Waffen SS were ideologically “fit” for service. In fact, an “educational” officer of the Leibstandarte Adolf Hitler is recorded saying that his job was similar to that of the Red Army’s Political Commissars. He purposefully took old traditional ideas and twisted their meanings into something completely different but useful for his agenda. Ideas of loyalty, courage, and self-sacrifice for the nation would be twisted to have loyalty to Hitler, Himmler, and the SS, be courageous when fighting the enemies of the Nazis, and sacrifice for the Aryan people as well as your fellow SS. The focus of the SS indoctrination was “Blood and Soil” which encompasses the ideas of loyalty, courage, and self-sacrifice. Bernd Wegner emphasized the importance of loyalty of the SS by stating, “For the SS loyalty was channeled exclusively into the person of Adolf Hitler regardless of the office he held. This personification of loyalty, so vividly expressed in the form of the SS oath of allegiance - a breach of loyalty [was] the only unforgivable crime of an SS man”.

The oath of loyalty to Hitler is perhaps the greatest example of the SS’ undying allegiance and fanaticism to fulfill his orders wherein they state “I vow to you, Adolf Hitler, as Fuhrer and Chancellor of the German Reich, loyalty and bravery. I vow to you and the leaders you set before me, absolute allegiance unto death. So god help me.” Their motto is “Our Honor is Loyalty”, which enforces the idea of utter loyalty to Hitler and Himmler and by extension the SS as a whole. 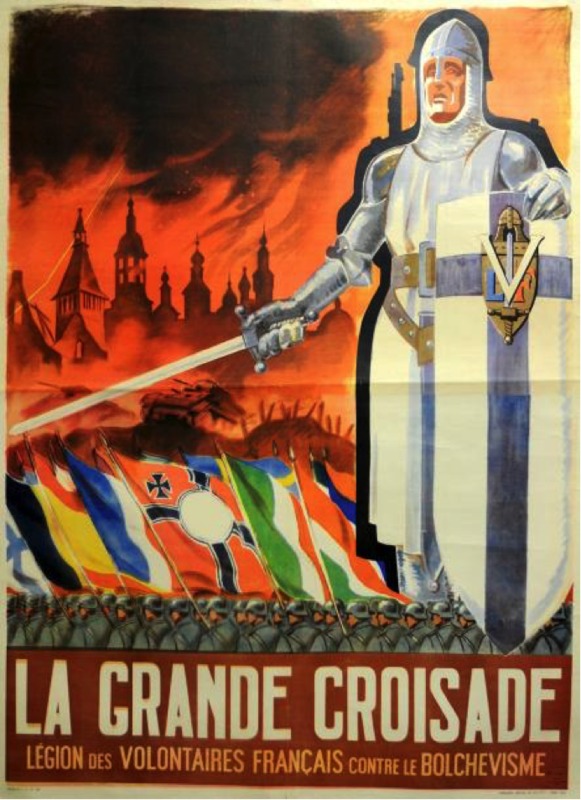 A propaganda poster in occupied France about the Reich and its allies fighting a crusade in the East against Bolshevism.

Himmler sought to create a “professional political soldier” since 1934 that would be completely loyal to Hitler and indirectly to himself when he believed he would become Hitler’s right hand. The ideological indoctrination of the Waffen SS was necessary for the soldiers to maintain their unity and allegiance to the SS as an organization over the Wehrmacht, for without the indoctrination, there would be no reason for the SS troops to be any different than normal German soldiers ideologically. The SS were indoctrinated with the idea that they were the guardians of Germany from Bolshevism and inferior humans and that the eventual war against the Poles and Russians would be an ideological crusade to both defend their people and destroy an evil. This resulted in battles that were so ferocious on the eastern front, few can truly imagine the horror and brutality of the conflict, “when voluntary German SS troopers engaged fanatic communists in Russia in World War II, a climax in enmity and hatred was reached in which all traces of chivalry vanished and all moderation was abandoned. Even to read about some of these battles with an attempt at imaginative understanding is sufficient to shake anyone to the depths.”