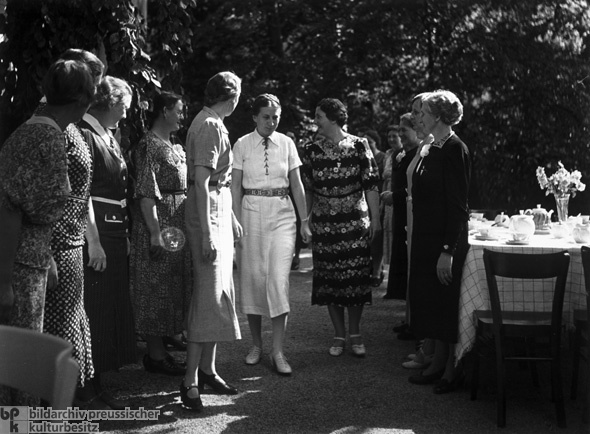 Theoretically, the strict divide created between men and women in the “public” and “private” sphere was meant to ensure that female Nazis could not hold any type of leadership roles within the Reich. However, women assumed leadership roles in Nazi women’s organizations and often recruited other women to join the Party. An example of this is demonstrated in Alison Owings book, Frauen: German Women Recall the Third Reich, in which one of her interviewees, Frau Margarete Fischer, described how one woman who “embodied” Nazism educated and “personally demonstrated” the “idealistic sides of National Socialism” (Owings, 2). It was through her teachings that Frau Fischer was eventually convinced to join the Nazi Party.  In “Mothers who give us the future” from 1936, Emilie Müller-Zadow promoted the Nazi ideal of womanhood. She described the “vocation of motherhood” and traditional gender roles as “crucial for the national health, for a German morality, and for the unified overall mind-set of the future nation.” But, her station as an authority figure stood at odds with an ideology, described in her speech that marginalized women. With women “leaders” such as Muller-Zadow, and most famously Gertrud Sholtz-Klink, the National Women’s Leader and head of the Women’s Bureau, Nazi women used these perceptions of the family and “private sphere” as “an invasion route that could give them access to every German’s most personal values and decisions” (Koonz, 15) to spread the Nazi ideology. Therefore, not only were they participating in something they actively believed, they managed to propel their own ambition for power and stature in their own “sphere”. 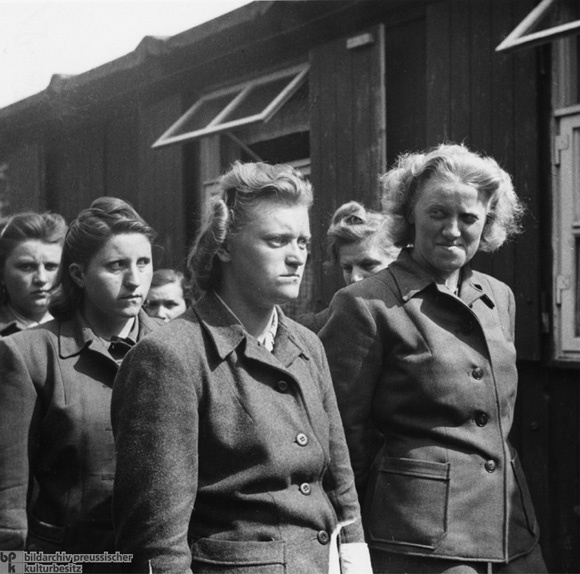 Women were also female guards of the SS, Aufseherinnen, who maintained and controlled the female factions of the concentration camps. In these stations, they took an active part in the mass murder of millions of people and were as brutal as the men they worked beside. One of most infamous Aufseherinnen, Irma Grese, volunteered as a guard at Auschwitz-Birkenau and was a female warden of the Bergen-Belsen concentration camp. Nicknamed “The Hyena of Auschwitz," she was notorious for her cruelty and brutality towards the female prisoners. After liberation, Grese was later sentenced to death and executed after liberation due to her actions at the camps.

Women were clearly marginalized citizens in the Nazi state, and, many women fell victim to many of its policies. However, to claim victimhood for all women within the Third Reich would be a fallacy. There were many instances in which women happily took part in Nazism, whether it was through simple conformity and denunciations, or as active Party members and SS guards. Eventually, “Nazi women, no less than men, destroyed ethical vision, debased human traditions, and rendered decent people helpless” (Koonz, 17).