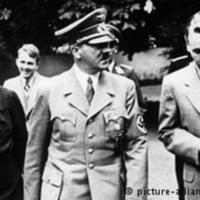 Hitler at the Bayreuth Wagner Festival (1938)

The Bayreuth Wagner Festival was the annual performance of Richard Wagner’s work in his opera house. Hitler supported the festival and wanted it to be accessible to all middle-class Germans. This event started in 1876, but in 1937 KdF began sending workers to attend this event. People were provided with discounts on tickets. In Nazi Organized Recreation and Entertainment in the Third Reich, Timpe discusses how the event attracted a wide array of people including plumbers, accountants, farmers, and bankers. The accessibility to attend this event fits the National Socialist ideal to create a “people’s community” among the racially superior.