The May 1934 Barmen Declaration that united Lutheran, Reformed, and United Churches in opposition to the German Christians’ state church describes the Confessing Church’s frustrations with German Christians, “men who have seized the Church leadership in the Reich and the states have divorced themselves from the Christian Church” (The Nazi Germany Sourcebook). The federation of the German Confessing churches offered a platform for the Confessing Christians’ expression of opposition toward Müller’s synthesis of Protestantism and party politics. That being said, there were limits to their resistance, particularly the Barmen Declaration’s omission of any reference to the persecution of the Jews. In fact, notable members of the Confessing Church and two of the representatives who signed the 1945 Stuttgart Declaration, Otto Dibelius and Martin Niemöller clearly expressed anti-Semitic views. Dibelius stated "when it is a matter of life and death for the nation, then the power of the state must be applied thoroughly" (Nazi Germany). Niemöller, whose opposition to the introduction of Nazi policies in theological doctrine resulted in his internment in Sachsenhausen concentration camp, even voted for the National Socialist party until Hitler's appointment as chancellor and flew the Nazi flag at his church. The basis of the Confessing Church's rejection of the German Christians' beliefs derived from the introduction of racial policies into their theological doctrine, specifically the denouncement of the Old Testament, exclusion of non-"Aryans" from employment and church life, abolition of confessional schools, and introduction of Jesus' "Aryan" pedigree. The pastors that acted as delegates to the Synod declared their purely scriptural and theological opposition to the Reich Church through the statement, “we reject the false teaching that the church can and must recognize any other events, powers, personalities, and truths apart from and in addition to this one word of God as sources of its proclamation” (Nazi Germany Sourcebook). The Confessing Church’s opposition to the German Christians represents the Confessing Church’s more poignant opposition to any manifestation of a state church. 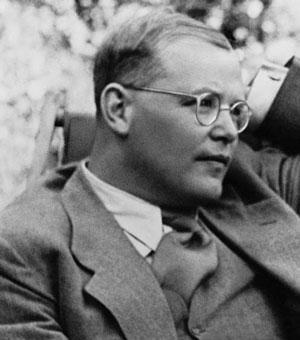 Dietrich Bonhoeffer, the Confessing Church pastor and published theologian, was influencial in the creation of the Barmen Declaration that stated his strong opposition to a state church in accordance with Nazi ideology (German History in Documents and Images).

Dietrich Bonhoeffer, a Protestant minister and leader in the Confessing Church who was hanged on April 9, 1945 in Flossenbürg concentration camp, firmly opposed any combination of Nazism and Christianity. He defined a “Christian” in his Sanctorum Communio as “..the person who does not live in broken community with God and humanity, but who knows good and evil” (Sanctorum Communio: A Theological Study of the Sociology of the Church). This notion of understanding good versus evil in the context of preserving theological doctrine became a central point of division between the German Christians and the Confessing Church. The theological statement made by the German Evangelical Church in Wuppertal-Barmen (Confessing Church) from May 29-31, 1934, rejected the German Christians’ collaboration with the Nazi party through the declaration “we reject that the states have the right or the power to exceed its own particular commission and become the sole and total authority in human life” (The Nazi Germany Sourcebook).