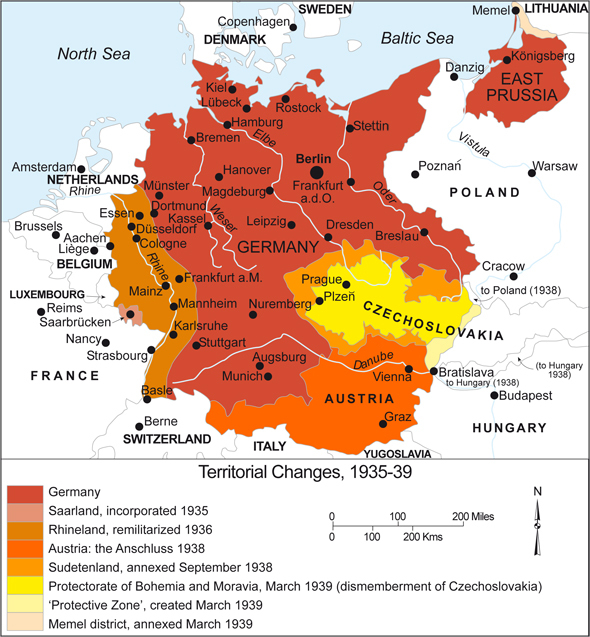 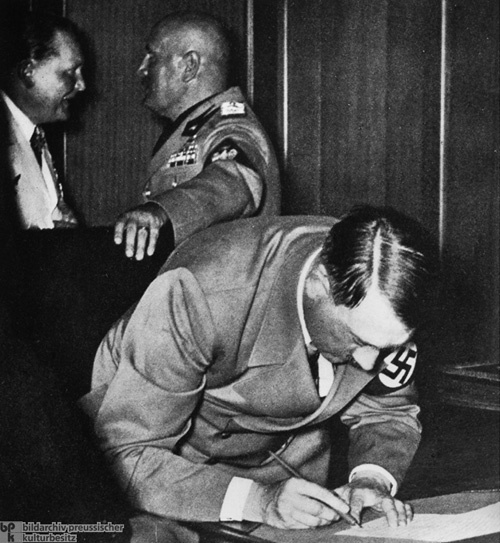 Before looking at the effort by the Czech resistance, it is important to understand how the Nazis gained power over Czechoslovakia and why some Czechs were resisting the Nazis. To support the Nazis invasion into Czechoslovakia, Hitler used the right of self-determination, which was part of the Treaty of Versailles following World War I. Along with this, he was planning on showing the strength of his military with the destruction of Czechoslovakia. Strongly believing that war was the only way to prove a nations greatness, Hitler wanted to begin the war in Czechoslovakia so no one could question the strength of the German people any longer. This destruction would not be carried out though. Instead, the Munich Agreement between Germany, the United Kingdom, France, and Italy granted Hitler the Sudeten territory to prevent the war Hitler had implied to start. Along with this, Czechoslovakia was responsible for evacuating all of those who were not seen as German, further East into what was still considered Czechoslovakia as well as releasing Sudeten Germans who wanted to join the Nazi protectorate. All Germany had to do was promise not to invade any more territory or countries. Once the treaty had been signed, Germany began securing the protectorate. Once Emil Hacha was ousted from power and Germany had dismembered all of Czechoslovakia, Hitler would appoint Knostantin von Nuerath to control the new protectorate. Following this, the SS would replace the Czech police, and Jews still in the protectorate began losing the rights they had before German invasion. This process was very similar to the rise of the Nazis in Germany itself, just faster.

Three years after the signing of the Munich Agreement Reinhard Heydrich would be appointed Deputy Reich Proctor of the Protectorate of Bohemia and Moravia. A high-ranking Nazi official, and one of Hitler’s closest partners, Heydrich took no time to show the Czech people his brutal tactics to purge Czechoslovakia of non-Germans. It only took a matter of weeks for Heydrich to order death by hanging of 200 Czechs. This was to show those in the protectorate that Heydrich was their leader, and he was not to be messed with. Once Heydrich’s power had been established, he investigated and targeted the Czech resistance and those who stood against the Nazis. These investigations were carried out by the Gestapo, and would lead to an increase in arrests and executions as ordered by Heydrich. To be considered a resistor did not take much, and following the arrests, most were tortured till they gave up others, then execution would follow. These tactics by Heydrich gave him nicknames like The Hangman, the Butcher of Prague, and Himmler’s Evil Genius. This led to the exiled Czech government and resistors to target him, in what would be the only successful assassination attempt of a high-ranking German official.