Establishment of the Einsatzgruppen 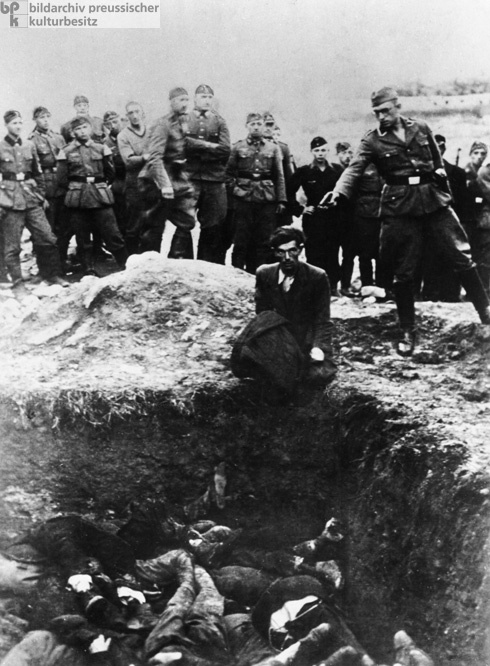 During the expansion of the military in 1930’s to prepare for the territorial expansion of the Nazi Germany, Reinhardt Heydrich created the Einsatzgruppen. The Einsatzgruppen were mobile killing units comprised of SS (Schutzstaffel) and SD (Sicherheitsdienst) officers used to gather intelligence and execute people that were deemed to be dangerous to Germany under the command of the Security Police (Sicherheitspolizei). During the invasion of Poland on September 1, 1939, six Einsatzgruppen forces deploy to execute “enemies of the state” and ghettoize the Jewish population. These Einsatzgruppen squads would later be used throughout the remainder of the German War time years to execute Russian POWs, Roma and Sinti, and Jews during the German occupation of Europe. The number of Jews killed during the liquidation of the Polish ghettos during the invasion was roughly 1,800. The Einsatzgruppen are a key factor in the establishment of organized extermination by the SS.