The Gauleiters impact on the Third Reich's political organization 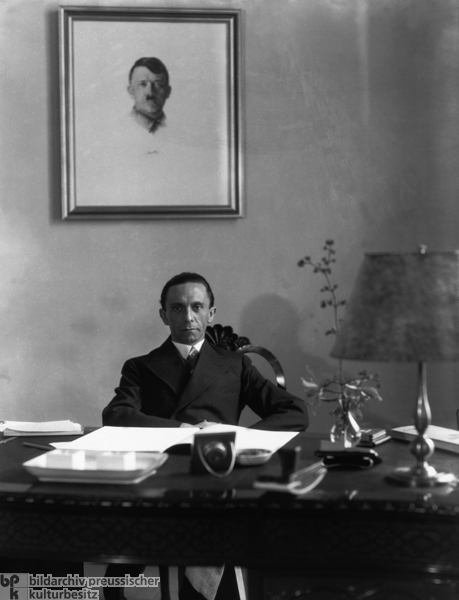 Alongside his other positions, Joseph Goebbels was Gauleiter of Berlin from 1926-1945.

After 1942 as the War situation collapses Hitler appoints to power those whose loyalty he can rely upon. The Gauleiters are party leaders of a regional department of the Nazi Party and are subordinate only to the higher ranks of Reichsleiter and the Führer, and are appointed exclusively by Hitler. By 1944 the Gauleiters have total control over labor deployment, civil defense, evacuation and housing allocation, the Volksstrum, and other internal aspects of the Nazi state. (Michael Miller and Andreas Schulz, Gauleiter: The Regional Leaders of the Nazi Party and Their Deputies, 1925-1945, Volume I (R. James Bender Publishing, 2012) 236.) The concentration of power among loyal party leaders within the Nazi Party displays the strength of Hitler’s leadership in focusing power among ardent subordinates.

In a meeting of Gauleiters in February, 1934 in Berlin Hitler addresses the Gauleiters and stresses the significance of their assignments. Hitler emphasizes that the position of Führer is not about the individual occupying the position, but that is it critical for the Gauleiters to respect and be loyal to all subsequent leaders. Part of Hitler’s authoritarian leadership style is creating an organization with such a degree of loyalty and fidelity that it cannot be overthrown.