Creating the Narrative: The Last Days of Hitler 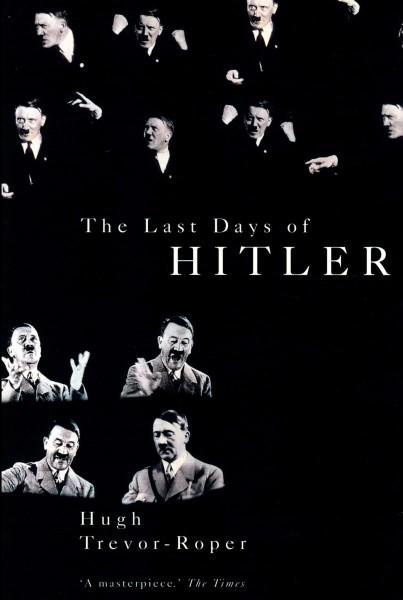 The Last Days of Hitler by Hugh Trevor-Roper, written in 1947, created a lasting link between the Nazis and occultism.  According to MI5, the British Secret Service, Soviet propaganda had begun to spread that Hitler was alive and living in the West in June of 1945 (MI5).  As a veteran of the British Intelligence Service during the war and then a historian, TrevorRoper was prompted to investigate these allegations and went on to detail his findings in his book The Last Days of Hitler.  Within this work, Trevor Roper detailed the deaths of not only Hitler but also the other high military officers in order to end the myth.  In doing so, Trevor-Roper was careful to create clear parallels  between the Nazi regime and societies doomed to fall due to their inherent moral and intellectual deterioration. . Occultism became a shorthand for this.  Trevor-Roper ended his work by detailing Himmler’s suicide by cyanide pill, describing him as:

“The terrible high-priest of Hitler, who had once served the altar, expounded the mysteries and presided over the human sacrifices with undeviating devotion…had become a mere wandering shadow, a ghostly sacristan, fitfully haunting the shrine he could no longer tend.  Now the god himself had perished; the temple had been utterly destroyed; the faithful had been scattered, or converted; and the suicide of the exiled priest is natural end of a chapter in history: the history, it seems, of a savage tribe and a primitive superstition.” (Trevor-Roper 203).

By using hyper religious language to describe Himmler, Hitler, and the Holocaust, Trevor-Roper painted their cause in ritualistic terms—terms that made them into spiritual villains.  The Nazis, now beaten and dead, were made vessels of occult mysticism through this work, and the Allied forces—of which Trevor Roper was a part—could be understood by the readers as saviors.  The defeat of the Nazis was transformed through Trevor-Roper’s work as a victory of rational progress, steering the world out of the dark superstitious hold of Hitler and into the light of a new age.

← Occultism and the Nazi State
Occultists Within the Nazi Party →
Creating the Narrative: The Last Days of Hitler