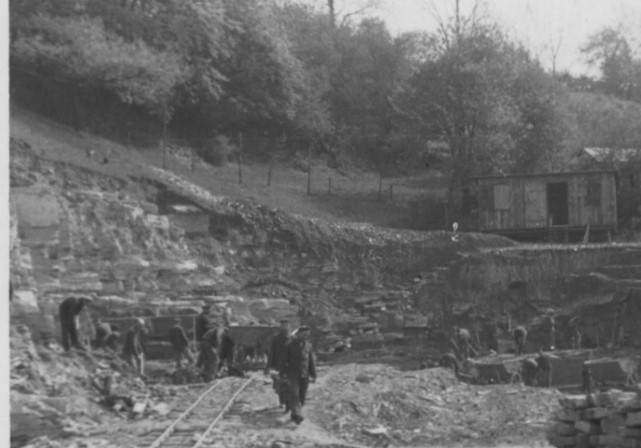 He was also influential in the decision to make Wewelsburg Castle a center for SS ceremonies, imbuing it with “an aura of Germanic authenticity” (Treitel 215).  This castle, constructed by Himmler, was created to be the “ideological center” of the SS, who saw themselves as “both the political and racial elite in the Nazi party”(Wewelsburg Museum).  This castle was constructed to give the Nazi party, primarily the SS, an air of ancient birthright.  By creating a place that possessed ancestral identifiers of power and prestige, Himmler was creating a subtle mythology:  a physical place that communicated their racial and historical superiority.  Occultism fed into this by providing Himmler with symbols from past great civilizations, like the runes on the death head ring, feeding the idea that pure Germans had a legacy to uphold.   In truth, Wewelsberg Castle was never finished, and only achieved most of its construction by setting up a concentration camp on the grounds (Wewelsburg Museum).  It now serves as a museum site.

← Himmler and the Occult SS
Conclusion: The Danger of Mystifying Nazism →
Wewelsburg Castle: Occultism in Architecture