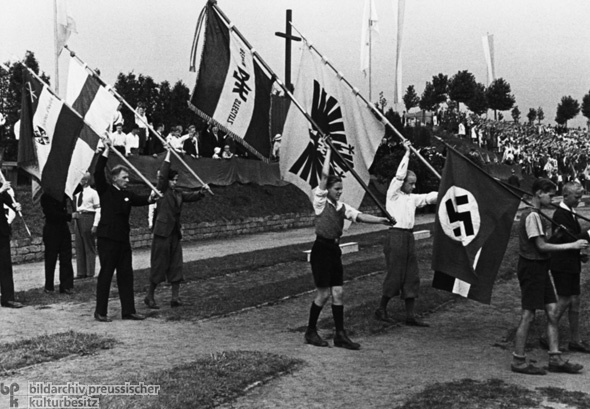 “German Catholics and their church had their own milieu or ‘subculture’ which took the form not only of a separate political party, centre party, but even separate social, economic and cultural institutions” (Caplan 149). This sentiment would remain even stronger following the rise of the Nazis, the main subculture being the Catholic Youth. German Catholics were determined to stay under the radar refusing to push forward anti-semtic attitudes, not out of a sense of moral obligation but personal expediency. Catholic leaders in Germany strove to remain neutral, trying their best to be removed from political issues. The Catholic church in Germany did not ban individual members from joining political organizations, but they did discourage it. Church leaders spoke of the dangers that were potentially coming down the road with the respect to rise of the far right and their intense sense of nationalism.