The Nazi Rise to Power

Time and time again, the horrifying acts committed by Hitler and the Nazis caused us to  question how such a large group of people could do something so atrocious to other human beings. While these circumstances can’t be fully explained, it can be deduced that there are three main components that influenced Germany to adapt to Nazi culture and accept their ideals. The devastating loss Germany suffered during World War I turned Germany into a vulnerable and downtrodden nation, especially due to their crumbling economy. This presented a perfect opportunity for Hitler to dehumanize the Jewish people, making them out to be the  reason for the economic hardship the country was experiencing.  The next step was to eliminate any other political parties or powers, allowing Hitler to lay the foundation to establish his dictatorship and move away from the liberal democracy. All of the laws that had reshaped Germany were created in Berlin between 1933-1936. The continued medical research done on eugenics allowed a gradual progression toward normalizing racial cleansing and the laws that came along with the racial policy he had begun to implement. 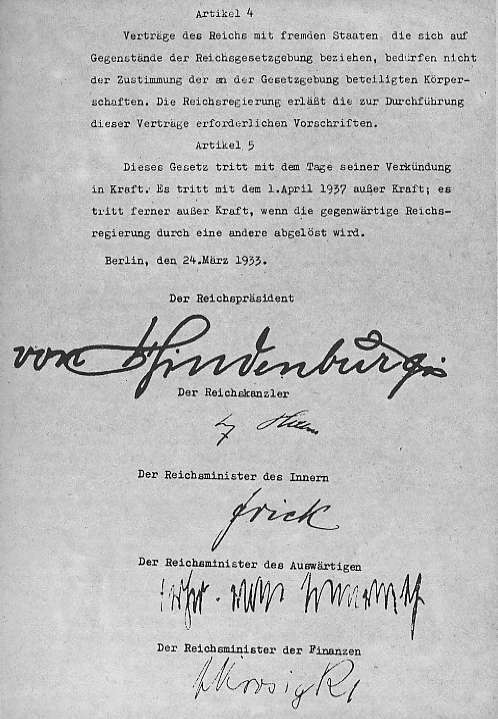 The enabling act offically called the Law for Removing the Distress of the People and the Reich passed in the Kroll Opera House in Berlin,Germany in 1933 in Germany.

By eliminating other political parties, Hitler appealed to certain segments of society such as the working class by promising unification as a community and the eradication of class structures.  His ultimate goal was to create zero options for revolt or domestic conflict within the nation. German society put a lot of their trust into Hitler’s ideology as they were hopeful it would lead them to greater heights. Because of this, most of the population was able to turn a blind eye onto the convoluted direction they were headed. Hitler knew to cover all grounds that had been overlooked during World War I, such as a stronger military and a limited government. In 1933, the Enabling Act allowed Hitler to enter his position as dictator. The law gave Hitler the ability to pass laws without any approval but his own. 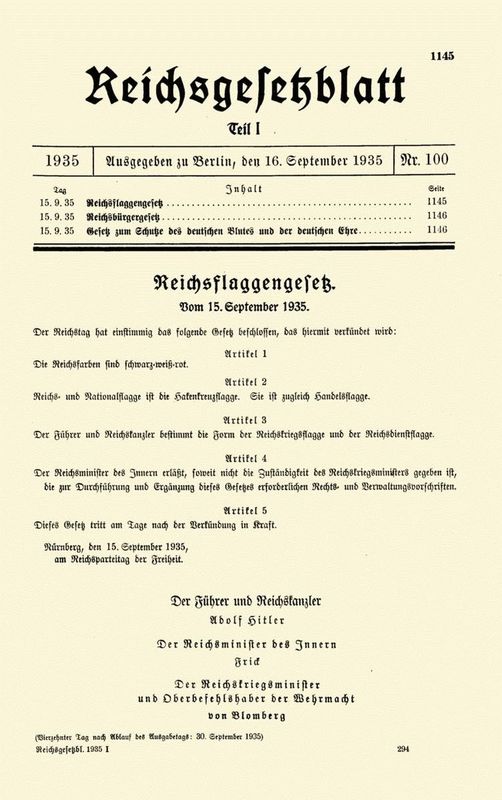 The Riech Citizenship law passed in 1935 created to take away german citizenship form the Jewish people.

The German people felt that the ideas the Nazi party presented would allow them to rise as a nation and dominate as a world power. (Evans,46) According to Richard Evans, “[Germans] had to prepare for a war in which they would conquer the living space in Eastern Europe…[and] render unconditional obedience to the leader who was going to bring all of this about: Adolf Hitler.” (Evans,46) In the post-World War I era, the country was in the midst of economic and political chaos, and Hitler’s time in the army and military background made his leadership all the more credible. Caplan states that this was a “conviction shared by him and his followers of his mission to save Germany by overthrowing the existing political order, uniting the people in a ‘national community’ and restoring it to greatness.” (Evans,73)  His use of anti-Semitic paranoia was welcomed as the attempt to use Jewish business ownership as a scapegoat gained a stable foundation. Hitler’s plans to re-arm Germany with a whole new navy and air force was popular because it meant less humiliating defeats. In 1935, Hitler passed the Reich Citizenship Law, which stripped Jews of their German citizenship. It stated that, “A citizen of the Reich is that subject only who is of German or kindred blood and who, through his conduct, shows that he is both desirous and fit to serve the German people and Reich faithfully.” A year later, the Aryan Law, a 54-page pamphlet designed for mass distribution made drive Jews out of their businesses, was created. Ultimately, it claimed Germany was saved by Hitler from a Jewish takeover. 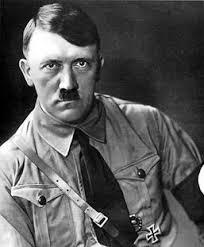 Adolf Hitler and the Nazi party believed that each “race” transferred their entire genetic makeup to the next generation, including both mental and physical traits. By spreading this belief throughout the country, they began to normalize the idea of purifying the population. They used Social Darwinism to their advantage and adopted a “survival of the fittest” mentality, preaching that survival entailed controlling reproduction and keeping society pure. The idea of sterilization was first broached in a generalized sense against sexual predators and mentally and disabled people, later moving on to more specific groups, which escalated into the creation of concentration camps later on.

By creating a brighter future for the German people through their actions, the Nazi party, armed with scientific evidence were able to convince an entire country that sterilization would lead the country to success. The focus on the Jewish people came later when the general idea of weaker races and the benefit of their eradication had time to become a deeply rooted notion, almost like common sense. With such a focus on science and the support of accredited medical professionals, it became difficult for the German people to question the laws that had come to be, such as the Nuremberg laws which prohibited them from marrying or having sexual relations with persons of "German or German-related blood."( Frick,209)

Bibliography →
The Nazi Rise to Power