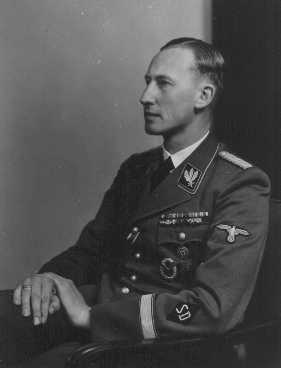 January 20th 1942 was the day which senior officials of the National Socialist German Workers' Party (NSDAP) met to discuss the framework of the Final Solution (Endlösung). Lead by the chief of the Reich Main Security Office (Reichssicherheitshauptamt), Reinhardt Heydrich, the Wannsee Conference develops a “final solution” to the “Jewish question”.  This systematically planned extermination of the Jewish race resulted in the mass murder of six million Jews from all of Europe between 1939 and 1945.

Anti-Semitism during the Nazi rise to Power →
Introduction