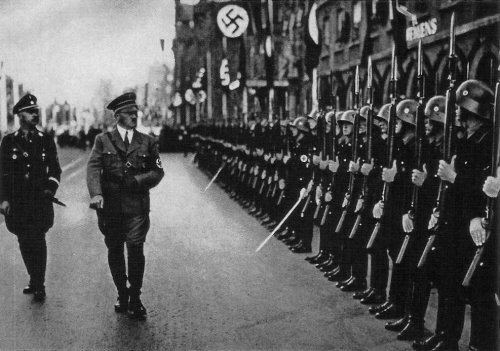 The Waffen SS proved to be a highly effective fighting force that was the 'cream of the crop' of the Nazi war machine. They were trained and indoctrinated to be the new social and military elite of the Third Reich. They performed the roles of elite shock units on every front, receiving praise and grudging respect from both allies and foes. They were Hitler's favored warriors and would be the tip of the spear that drove into Russia and Germany's shield as it was assailed on all sides by its foes. They fought to the bitter end and bought time for their Wehrmacht comrades to fall back and fought tooth and nail to achieve impossible goals imposed by Hitler.

Training and Indoctrination →
The Waffen SS